By Sarah B. Weir
More from Green Picks blog 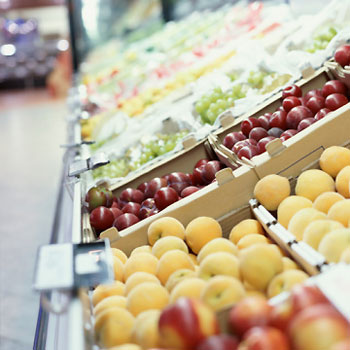 A new report published by the Environmental Working Group (EWG) might make you re-think that "apple a day" -- if it's conventionally grown using pesticides.

According to the group's annual "dirty dozen" list of fruits and vegetables with the highest pesticide residues, apples ranked number one as the most-contaminated item, up from number four last year.

Other changes from the 2010 findings: this year, cherries dropped off the list, and lettuce, previously absent, now appears at number 11. The EWG uses data compiled by the USDA to produce these findings.

The "clean fifteen" are also included in the report - these are fruits and veggies with the lowest levels of pesticides so there's no need to waste your money on organic versions. Some popular items include watermelon and avocado.

The EWG points out that if consumers simply chose their daily recommended five servings of fruit and vegetables from the least contaminated list over five from the dirty dozen, they would reduce the amount of pesticides ingested by 92% - without having to shell out extra money for organics.

Conventional farmers use an arsenal of pesticides to protect their crops from insects, bacteria, rodents, molds, and fungi. These substances can end up in the food supply. Washing and peeling fruit and vegetables can lower pesticide residues, but not necessarily. When the USDA tests for pesticides, they wash and peel fruit the same way a typical consumer would.

The National Institute of Environmental Health Services acknowledges that scientists do not have a full understanding of the health risks associated with exposure to agricultural pesticide residues through food, soil, water, or air. They also report that farmers who use pesticides experience an increase in neurological symptoms and that the harmful effects on children are greater than on adults.

Recent studies indicate that pregnant women should also be careful of their exposure to pesticides. Three studies published in 2011 in the Journal of Environmental Health Perspectives suggest pesticide exposure can harm the developing fetal brain.

Organic produce is grown without synthetic pesticides or fertilizers. However, organics can be harder to find and prohibitively expensive. If you are concerned about consuming pesticides, the EWG's dirty dozen and clean fifteen lists can help you make the safest and most affordable choices.