9 Strategies to Sharpen Your Memory (yahoo.com)

9 Strategies to Sharpen Your Memory

Wish your powers of recall were as powerful as this elephant's? Here are nine mind-sharpening strategies that can help. 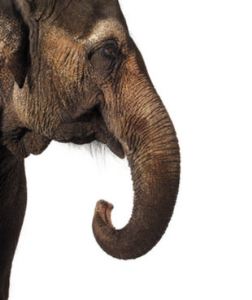 Memory lapses can be both embarrassing (what's my neighbor's kid's name again?) and troubling (is senility coming on?). But a few slipups don't necessarily doom you to a future of utter forgetfulness. A memory is made by linking two or more of the 100 billion nerve cells in your brain, called neurons, then solidifying the connection so you can use it later, says Neal Barnard, an adjunct associate professor of medicine at the George Washington University School of Medicine, in Washington, D.C. And "your brain continues to develop neurons and build new connections to strengthen memory as you age, a phenomenon called neuroplasticity," says Brianne Bettcher, a neuropsychology fellow at the University of California, San Francisco, Memory and Aging Center. "So it's never too late to improve your powers of recall." That's where these nine strategies come in. They'll help you hone your memory today and keep it robust for years to come.

Experts agree that if you do only one thing to improve your memory, getting more sleep should be it. "Sleep is key time for your brain to solidify the connections between neurons," says Barnard. In a study published in the journal Sleep Medicine, researchers asked subjects to perform some memory tasks and then either take a nap or stay awake. The people who napped remembered more of the tasks they had performed than did those who stayed up. Rule of thumb: Get seven to nine hours of sleep total each day. And, yes, naps count.

Literally. Running-or biking or swimming or doing any other type of cardiovascular activity-for 20 to 30 minutes three times a week has been proven to help you remember things better. Raising your heart rate gets blood flowing to your brain, enlarges the hippocampus (the most vital part of the brain for memory), and increases the secretion of brain-derived neurotrophic factor, a protein necessary for long-term memory. Also, "cardiovascular exercise can actually cause new connections to sprout between neurons in the hippocampus," says Peter J. Snyder, a professor of neurology at Brown University's Alpert Medical School.


3. Have Some Food (and Drink) for Thought

Your brain can't function properly without essential nutrients and chemical compounds. "Blueberries are the top source of substances called anthocyanins, which are brain-boosting antioxidants," says Joy Bauer, a registered dietitian based in New York City and the author of The Joy Fit Club ($28, amazon.com). "Studies have shown that anthocyanins shield the brain against inflammation and oxidation, both of which can damage neurons and make them less effective at communicating with one another." Bauer also recommends fitting in leafy green vegetables as often as possible. "Long-term studies have shown that people who eat large amounts of spinach, kale, and other leafy greens have less age-related memory decline, thanks to phytonutrients like vitamin C," she says. You might also want to start enjoying a drink with dinner. Research published in The New England Journal of Medicine found that women who had one drink a day were 20 percent less likely than teetotalers or heavier drinkers to experience a decline in their cognitive function, including the ability to remember points of a paragraph that had been read to them 15 minutes earlier. The researchers believe this may be because moderate alcohol consumption elevates levels of HDL cholesterol (the good kind) and improves the condition of the blood that reaches the brain.

Forget about ginkgo biloba. A recent study found that this herbal supplement has no positive impact on memory. However, a few supplements are known to encourage the growth of new neurons and decrease substances that can inhibit cognitive function. The gold standard is fish oil, according to Lori Daiello, an assistant professor of neurology (research) at the Alpert Medical School. Fish oil has been associated with lowering the risk of dementia because it contains DHA, an omega-3 fatty acid that decreases the production of memory-inhibiting substances in the brain and that may be involved in the formation of new neurons, says Daiello. Increasing your consumption of fatty fish, like salmon, helps; or you can take a daily supplement containing at least 180 milligrams of DHA. Vitamin D may also work, since it "stimulates the growth of new neurons and helps clear protein abnormalities associated with diseases that affect memory, such as dementia," says David J. Llewellyn, a research fellow in epidemiology and public health at the University of Exeter, in England. (The U.S. Department of Agriculture recommends women take at least 600 international units [IU] daily.) You might also consider a folic acid, B6, and B12 complex. "All three of these B vitamins are needed to remove the amino acid homocysteine from your blood," says Barnard. "Homocysteine is produced during normal processes in the body, but if too much of it builds up, it can result in poor brain function."

"Meditation improves your concentration and focus, which benefits memory," says Dharma Singh Khalsa, the medical director and the president of the Alzheimer's Research & Prevention Foundation, in Tucson. In addition, meditation has been shown to reduce stress, which can do a number on memory. "When we're under stress, our body and brain release hormones such as cortisol, adrenaline, and CRH [corticotropin-releasing hormone], which in short bursts can help us fight or flee danger," says Tallie Z. Baram, a professor of neurological sciences at the University of California, Irvine. But when you're stressed-out over long periods of time, these hormones change the structure of the hippocampus, destroying nerve endings involved in information flow. A study released last year showed that subjects who performed a 12-minute chanting meditation once a day for eight weeks saw marked improvement in their memory and increased blood flow in the areas of the brain used in a variety of memory tasks. (Find instructions on how to start a meditation practice at mayoclinic.com.)

6. Do Something Out of the Ordinary

New experiences, such as taking a different route to work, can also improve recall. "Our brains are constantly deciding what's important enough to remember and what can be tossed away," says R. Douglas Fields, a senior investigator in neuroscience at the National Institutes of Health, in Bethesda, Maryland. "When you're in a novel situation, your brain assumes that information is going to be important and holds on to it." Also, "you'll better retain things that happen immediately after a novel experience," he says. "The cellular machinery of consolidating short-term memories into long-term ones has been activated, so it keeps working." Which means that after your new commute, you may be better able to remember what happens at the morning meeting.

A number of medications can affect memory, says Barnard, including antihistamines; antidepressants, like Prozac; antianxiety drugs, like Xanax; and sleep aids, like Ambien. Each has its own way of working in the brain. For instance, Barnard says, "antihistamines block acetylcholine, a brain transmitter necessary for short-term memory, while Xanax and Ambien knock out episodic memory, so anything that happens when you're on the medication may not stick around in your brain." Don't stop taking any prescription drug without talking to your doctor, but bring up the subject at your next visit. An alternative medicine or treatment may be available.

Two more-serious (but less common) issues could cause memory lapses: gluten sensitivity and thyroid disease. "If you have an undiagnosed sensitivity to gluten, a protein found in wheat, barley, and rye, and you're eating foods like bread and crackers, your memory could suffer," says Stefano Guandalini, the medical director of the Celiac Disease Center at the University of Chicago Comer Children's Hospital. Many people describe the feeling as a "brain fog"-a slightly out-of-it, fuzzy sensation. Your doctor can screen for gluten sensitivity, and dietary modifications can keep the condition in check. Thyroid disorders can also wreak havoc on recall. If you notice increasing forgetfulness, along with depression or a change in weight or your periods, see your doctor. Medication often gets the condition under control.

"We know that people who are cognitively active have better memory as they age," says Michael Kahana, the director of the Computational Memory Lab at the University of Pennsylvania and the author of Foundations of Human Memory ($60, amazon.com). So how can you keep your brain going strong? "Staying engaged in the world around you reinforces the connections between neurons," says Bettcher. "So do some fun activities that make you think." Go to a museum once a month, learn words in a new language, watch a documentary on a subject that fascinates you, or-yes-do a crossword or sudoku puzzle. Another strategy: Quiz yourself. For example, if you want to remember new people you met at an event, "picture each of their faces and try to remember their names on the ride home," says Henry L. Roediger III, a professor of psychology at Washington University, in St. Louis. When you flex your brain this way, you'll be able to pull up their names at the next gathering. Fred from accounting (remember him?) will be impressed.

For some fun, memory-boosting exercises, log on to realsimple.com/braingames.